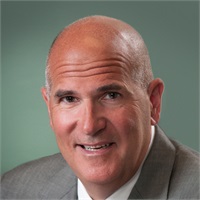 As one of the founding partners of U.S. Financial Services, Gerard has an extensive background in financial planning. Early on in his career he worked as a tax professional with Price Waterhouse, later making the transition in 1985 to specializing in Financial Planning. Just four years later he founded U.S. Financial Services where he shares his knowledge with clients to guide high-net-worth individuals in the process of accumulating and preserving wealth.

His approach to problem solving and analytical thinking enable him to illustrate and recommend advanced planning strategies for high-net-worth individuals and closely held business owners. He functions as an advocate for his clients, addressing their specific needs and taking the time to truly understand what their goals are to bring them financial confidence.

Gerard has called the northeast home for his entire life where he raised his three children who he is proud to say are off his payroll and engaged in building their own successful careers. He attended Montclair State University and shortly after obtained his CPA. When he isn’t working with clients, Gerard enjoys golfing and entertains his love of music by playing drums in a classic rock band.